Kyle Sinisi is deeply embedded in history. He studied history at VMI and Kansas State University. He teaches history at The Citadel, with a focus on the Civil War, the World Wars, and the history of weaponry. And he has written several books about history, including The Last Hurrah: Sterling Price’s Missouri Expedition of 1864 and Sacred Debts: State Civil War Claims and American Federalism. A native of New Orleans, he is now writing a book on Union general Samuel Curtis. He’s also been an expert on BGES tours, including “An Uncivil War: St. Louis and Southeast Missouri: 1858–1865.” BGES Blog recently chatted with Kyle about his contributions to teaching and history and how he became interested in the first place.

BGES Blog: You are a Professor of History at The Citadel. What is your favorite class to teach? Is there one major thing you hope your students take away from your classes?

KS: You are forcing me to go back and think about the classes I have taught. The Citadel emphasizes teaching for its faculty, and I have thus been able to teach over 40 different courses at the undergraduate and graduate levels. I have enjoyed just about every one of those, and often for very different reasons. I cannot say there is just one favorite, so I will give you three, instead.

The first, and perhaps most obvious, would be the Civil War. The Civil War was what got me interested in history as a child, and the ability to research and talk about it over a lifetime has been a blessing.

The next class that can be considered a favorite is the History of Weapons and Firepower. It is a class that you will not see on college campuses, but it concerns a topic of great importance and professional relevance to my Citadel cadets who will commission into the armed services. It is also a class that benefits from a great experiential learning event. At the end of the semester, the class goes to the weapons range to shoot just about every weapon we have discussed in class. This past April that meant 56 different historical weapons from the matchlock musket to the M240B. It also includes an array of Civil War-era weaponry, including different rifle-muskets and carbines.

My final “favorite” class is any of what I call “spring break classes.” With these semester-long classes on some aspect of the World Wars, I incorporate a mandatory spring-break trip to visit the European battlefields. There have thus been different classes on Normandy and the Battle of the Bulge, the AEF in World War I, the Italian Campaign in World War II, and Market Garden, Hurtgen Forest, and the Bulge. The ability to visit these sites, especially in a staff-ride format, is of great value to my cadets. However, what is most important, and it has become the most important thing I have done as a teacher, is to assign each of my cadets a Citadel alumnus who was killed in action and lies buried in one of our ABMC cemeteries overseas. That assignment is a research project that becomes a formal biographical paper and then a class briefing standing at the gravesite of the alumnus. The briefings follow a memorial service and wreath-laying at the cemetery in full-dress cadet uniform. The sum total of these proceedings is a powerful reminder of the sacrifices made in war, and it connects our current cadets to the men of the past and their legacies of service and sacrifice.

BGES Blog: You have been involved in the preservation of Civil War monuments in South Carolina. What are some of the challenges you have encountered?

KS: There is a herd mentality concerning the Confederacy and the meaning of the Civil War that allows no deviation or intellectual dissent. That mentality has tarred and feathered every Confederate and has cast them into the dustbin of historical memory. According to this mentality, none of those Confederates possessed any virtues and the Confederacy itself had no redeeming value. Monuments have been obliterated and bodies dug up from their burial sites. Of course, I think this new zeitgeist is a travesty. Those men and women—and that cause—have much to tell us in the modern-day. All of it deserves continued study, and many of those people possessed virtues that merit commemoration if not veneration. The greatest challenge for Civil War preservation is a mindless desire to judge people who lived over 150 years ago by the moral standards of today.

BGES Blog: You have published the definitive work on Gen. Sterling Price’s 1864 Missouri Raid. Why him? Why this topic? 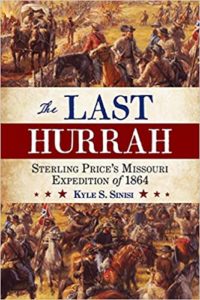 KS: My focus on Price and the Trans-Mississippi was pure happenstance. When I got out of the army, if I was to pursue a graduate degree in history, it had to be at Kansas State University, where my wife was getting her degree. As I then went through the program there, I gradually became interested in the war in the Trans-Mississippi. A master’s thesis, dissertation, and a book followed that all had some mention of Price and his expedition. I needed to learn more about Price and a campaign that represented the culmination of the war in Missouri and Kansas. As I looked at it more, I became convinced that there were many things previous historians had either ignored or got wrong. I determined to try and write the book that would settle all of the great unknowns and controversies. Now, just how successful I was at doing that is debatable.

BGES Blog: We understand you are working on a biography on Union general Samuel Curtis. Tell us a little bit about him and why you were drawn to him. When will the book be published?

KS: My books are linked in some way. My research on state war claims led me to Price, and now Price has led me to Samuel Curtis. I really did not want to write on a Yankee general, especially one so linked to wartime radicalism. However, the more I studied the Price campaign the more I became fascinated with Curtis and his road to that radicalism. He was a consequential engineer and politician who was involved with many of the major internal improvements of the 19th century. He built roads and canals and helped change the course of the Mississippi River at St. Louis. He was also one of the more important political driving forces for the creation of the transcontinental railroad. If he had done nothing during the war itself, he would be deserving of scholarly inquiry and a book. However, he did serve during the war, and he served exceptionally. He was a humane commander in a violent theater but one who often warred more with his compatriots than he did with the Confederates. Most important, he was among the best Union field commanders. Somehow, though, no one had written his biography. Here was a man in need of a historian.

When that biography actually hits the streets is another issue. I tend to take a long time to research and write. I’m now five years into the project with research just about complete. I’ve started writing, but that will no doubt drag for a few more years.

BGES Blog: When did you first become interested in the Civil War? Was it something you were brought up with or discovered on your own?

KS: I grew up in New Orleans. Although the war was an important part of my cultural upbringing, I just tended to read a lot of history as a pre-teen. I tended to be inspired by stories of great men doing great things. My parents encouraged that reading and always took me to the library to check out books. One of my fondest childhood memories is just sitting and reading in the stacks of either my school or public library. Military history, the Civil War, and general biographies have always interested me.

BGES Blog: Is it only the Civil War, or are you interested in other eras of history as well?

I am interested in just about every facet of human history. That general interest in history helps explain how I could, or want to, teach over 40 different classes. Nineteenth-century European history has been of great interest. However, over the past decade I have concentrated much more on the World Wars, which also reflects in my course offerings.

BGES Blog: What’s your next project?

KS: After the Curtis project, my plan now is to do something with Charleston and the war. There is one history of the city at war, and it is badly dated.

BGES Blog: What do you enjoy doing in your free time?

KS: Not much else going on that is not related to history. I am on the board of directors for several groups with any time left over increasingly devoted to my church. 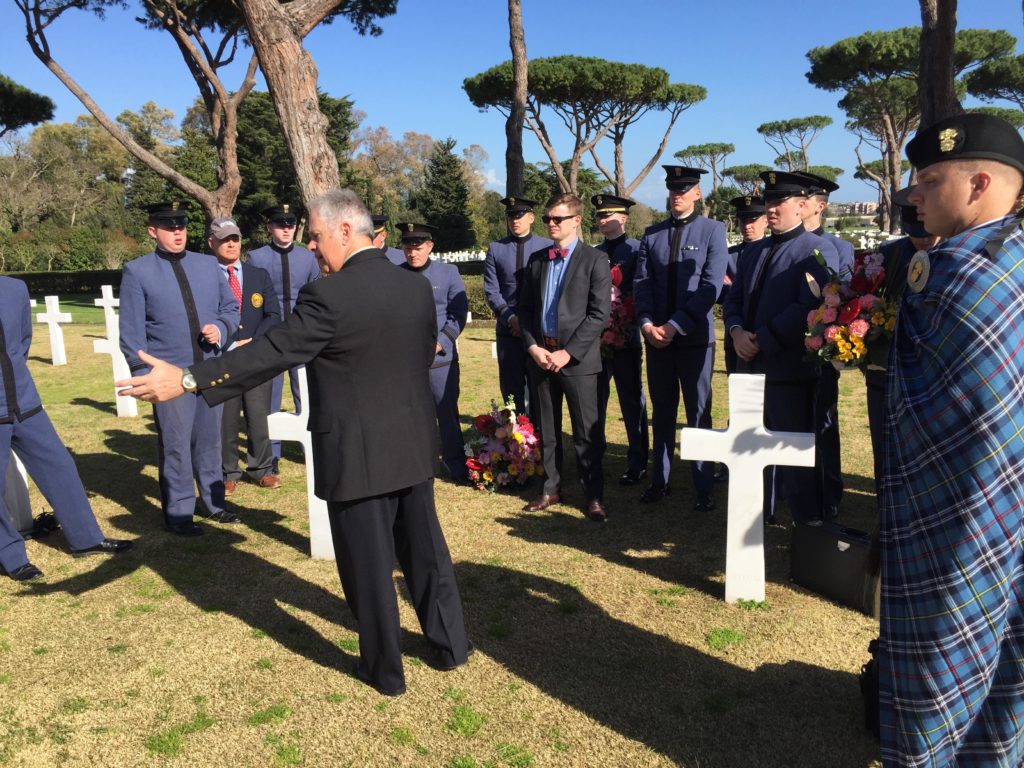