The first month of the Great Photography Hunt has passed with five featured photographs, one released each Wednesday morning at 7 AM, having been circulated. We will summarize each month giving those who participated feedback and those who did not encouragement to join the fun.

Let’s open with what the Hunt is and what it is not. The Hunt is a search for credible documentation as to who or what is represented in the photograph. When was the photograph taken and by whom? Where does the original image reside The Hunt is not a contest. It is a project to help improve the documentation of one of the nation’s finest private photographic collections. As such, many of the photographs are familiar and may be quickly identified and the questions answered. In the process, much closer examination reveals wonderful detail often overlooked at first glance.  We are doing this because, while most every photograph is surely a copy, the original owner did not mark every one, and the current curators are not photography experts in the period or the subject matter. So this is an educational project to help document the collection.

With over 3,000 images this, like the digitization project itself, will take years just to present each image. While some are labeled, not every image can be assumed to be labeled correctly. What is very encouraging is the depth and range of answers we are getting—four of the first five seem to have generated agreement and factual detail. There is some disagreement, but not too much so far.

Also within the project is a second round of images on the BGES website; click here if you want to go there now or after you read the article. These 15 images will remain posted for a month, and then a new set of 15 will be uploaded. These have not drawn as much visibility; for obvious reasons you have to leave the email to go into the BGES website.

The website images allow us to pace our project—with more than 3,000 images, at 52 a week, will take 60 years. As I said, this is an educational project, not a contest. By adding these, we now will put forth 230 images a year—thus the project rings in at about 15 years for us to systematically work through the files. The U.S. Grant Papers took over 40 years to complete, so persistence is a virtue—the photos are all at least 140 years old, so 15 more years isn’t a bad target or project length. We of course hope the project will eventually accelerate and be completed sooner, but with a budget of zero dollars and a large cohort of volunteer historians, this is the kind of project we can all learn to love and support.

The images on the website are still going to be up for another 10 days or so. We have one group of sleuthers who sent us info on all 15 images that seems credible, but we are waiting to see what else may be returned in that time. We will release those results later in May.

As to the five that were published on the blog, I will provide the best info that we received for each: 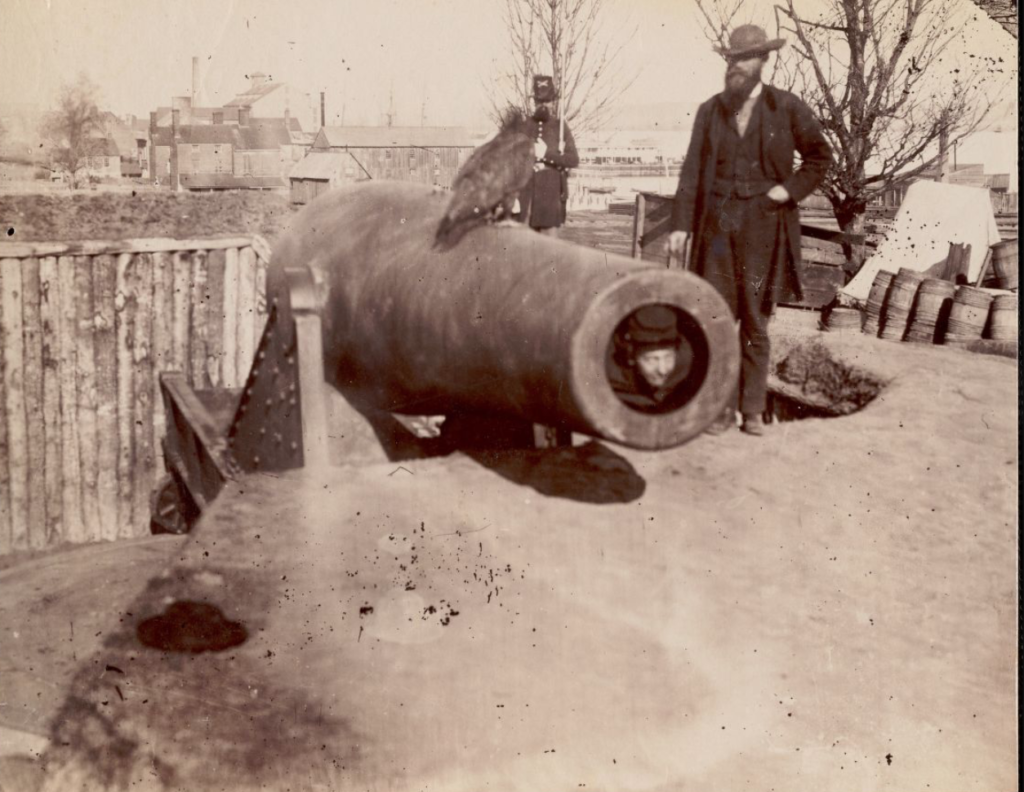 This image is from December 1863 at Battery Rodgers in Washington, D.C. The gun is a 15″ Rodman, and the man in the gun is most likely a private in a Wisconsin regiment. Notice the bird on the gun. Some think it might be Old Abe, the 8th Wisconsin’s mascot. Also notice the wharf area with ships in the rear. Click here to read a story about photography with this gun that was written in 2019 by Bob Zeller. 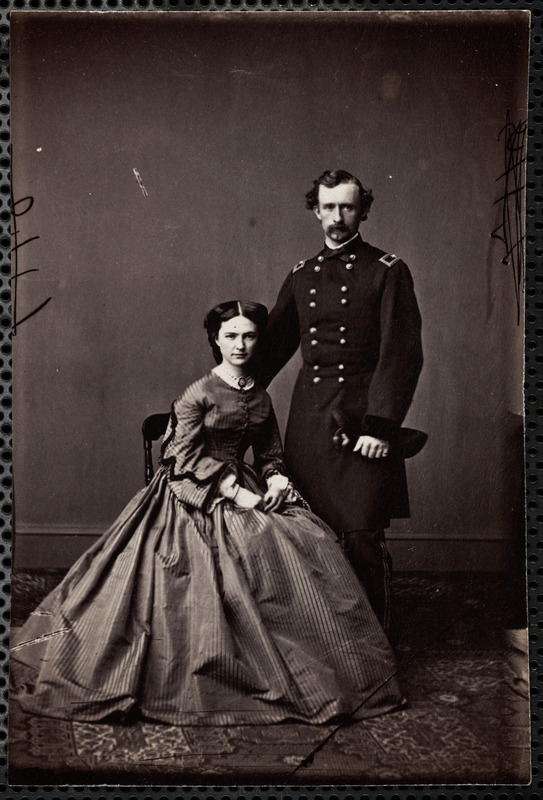 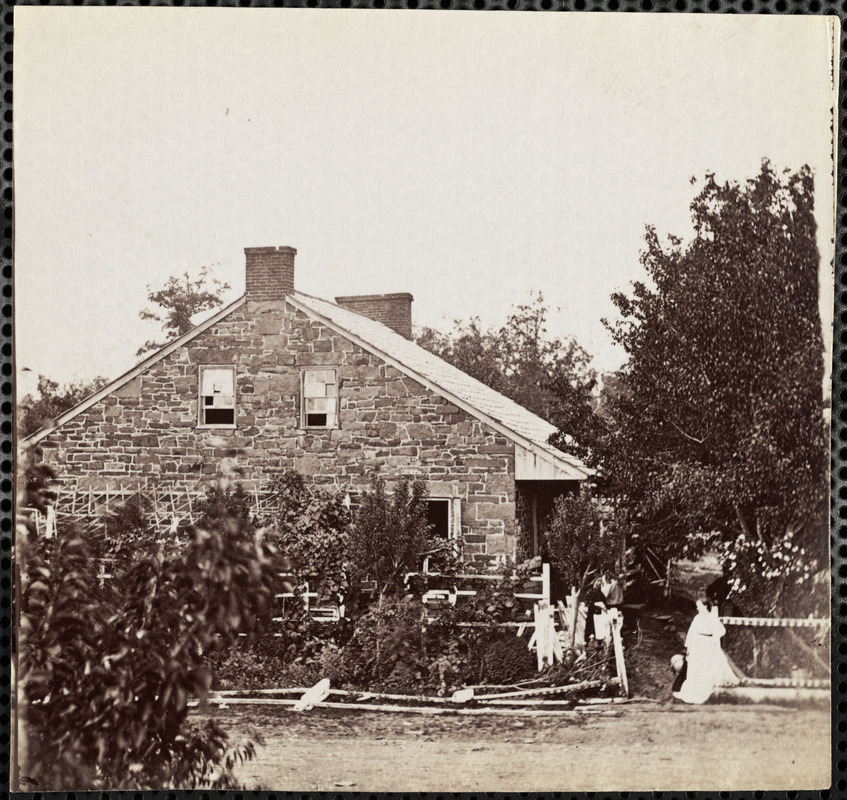 Lee’s Headquarters on the Chambersburg Pike in Gettysburg taken in July 1863; the original is in the Library of Congress. Note the damaged rail fencing. Interestingly, the house was owned by the radical congressman Thaddeus Stevens and was being rented to a widow at the time of the battle. 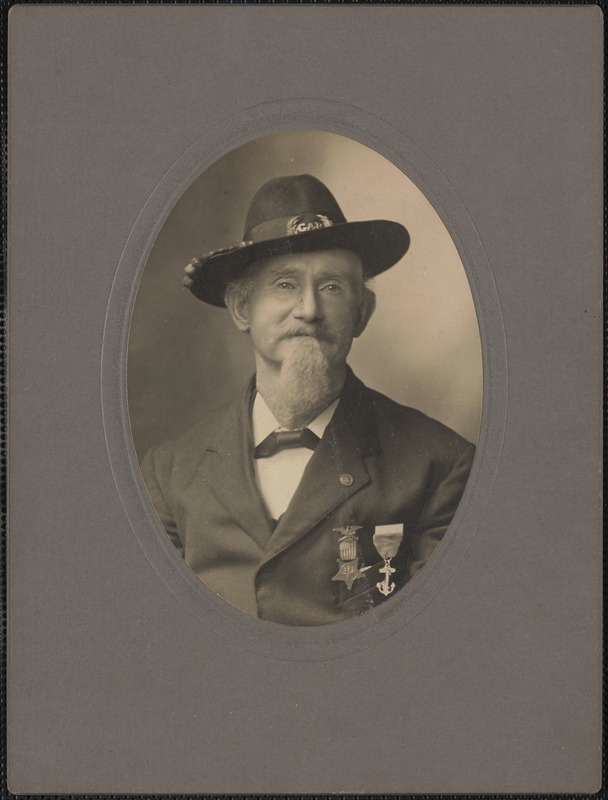 All we can determine, this is a Union soldier in his GAR uniform after the war. He has received the Medal of Honor, but may be Naval, as we were stuck on his anchor, which he is wearing next to his MoH. 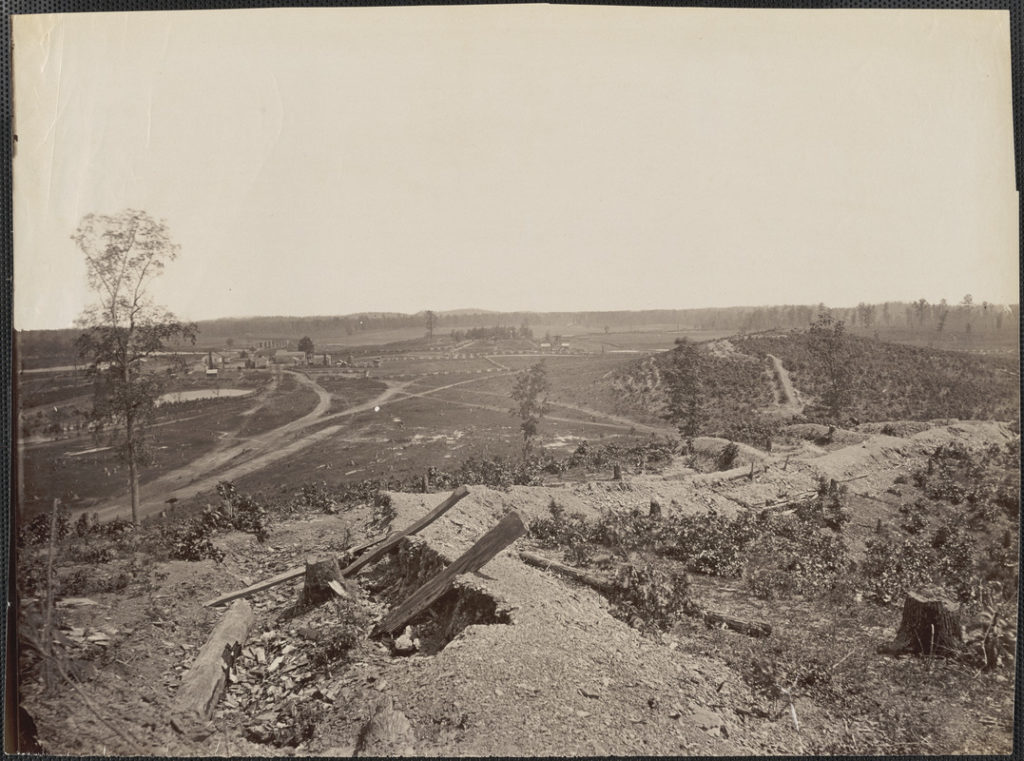 Just posted two days ago, this photo has been identified as the battlefield of Resaca, with the town in the rear portion of the image. This is looking south toward the Confederate lines. As you zoom in, you can see much more detail, and the comment period is still open.

As you can see, this is really fun with much being learned. Do not be afraid to pitch in your opinion on a picture—we have been averaging 15 to 20 responses per image, and we hope that will increase with familiarity with the project. We encourage you to forward the image to your friends and experts. There are many ways to the truth, and when we are done, the great Medford Photographic Collection will have the details needed to make it really one of the premier photographic collections in the country

Thanks for getting this project off to a great start!